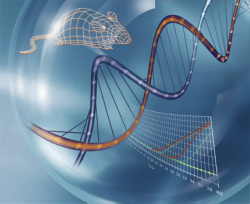 
Writing in Nature in 1961, William Astbury described molecular biology as-

"...not so much a technique as an approach, an approach from the viewpoint of the so-called basic sciences with the leading idea of searching below the large-scale manifestations of classical biology for the corresponding molecular plan. It is concerned particularly with the forms of biological molecules and [...] is predominantly three-dimensional and structural—which does not mean, however, that it is merely a refinement of morphology. It must at the same time inquire into genesis and function."